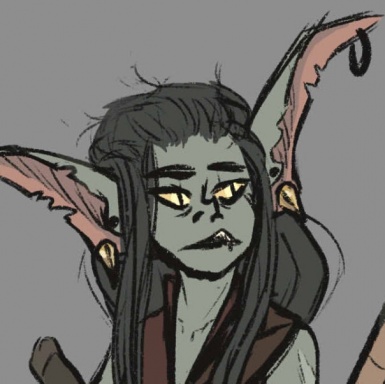 Online Availability
Late nights between 11pm and 2am and/or during the day between 12pm and 3pm.

When Patrick and his wife decide it might be fun to have their friends over for Christmas, they can't imagine what could go wrong.

Jett, ever the fun one, tries to talk them out of it, but Patrick somehow convinces him it will be great. Aaron doesn't want to go, but won't leave Eve and Miranda alone with the weird adults... and they won't let him stay at home.

Online Availability
Late nights between 11pm and 2am and/or during the day between 12pm and 3pm.

The snow was freshly fallen, the lights on the tree sparked all throughout the day, the smell of cookies baking constantly filled the house, and Patrick could only think about one thing: The Christmas party. He and Iris had been talking about it for a few weeks and to say they were excited would have been an understatement. The couple were more than ready to finally have a fun party with the friends that were the closest they had to family and had been making plans for some time. Of course, there had been some setbacks in the planning when Jett had caught wind of what they were doing. The raven haired man had been very apposed to any sort of partying, but after much discussion and persuasion, Patrick managed to convince the man that it wasn't a terrible thing. Plus the redhead mentioned there may or may not be lots of Jett's favorite wine.

All that was left after that was to invite everyone, which was the difficult task. Because even if Patrick was sure Eve would be into it and Miranda would at least want to go, Aaron was not one to jump at the opportunity to be social. The Irishman knew if he did this, he would have to be tactful about it. That was why the man made sure to call Eve beforehand and ask when her boyfriend went out to the store so the house would be free of any grumps. Patrick was glad it was Winter Break for everyone school wise, because for once in the last few months all of their schedules had lined up perfectly. And with Aaron's mom being out of town for Christmas, leaving Eve to watch Miranda when her brother wasn't around, it was much easier to get in contract with everyone too.

The man pulled up to the Messor house fifteen minutes after Eve had given him the go-ahead and ran through the front door as quickly as possible to escape the cold. It was true Patrick loved the snow, but that didn't mean he liked freezing, and Eve being the sweetheart she was, had left the place unlocked... or she'd just forgotten to lock it after Aaron left, but Patrick liked to give her a little more credit than that when he was able.

"Hey, Lucky Charms," Eve greeted him with a small smile as she finished her task of pulling Miranda's hair into a high ponytail, mumbling to the younger girl to keep it that way for at least a minute because it had been hard enough getting tamed just that little bit. The redhead chuckled at that and ruffled Miranda's hair in spite of Eve's protests, making the young woman glare daggers colder than the white powder outside.

Eve rolled her eyes and pulled the rubber band out of Miranda's now ruined hair, heading into the living room with Patrick following close behind. "So, what's up?"

"How would you two feel about a Christmas party at our place this Sunday?" The minute it came out of his mouth and he saw the sparkle in the brunette's eyes he knew she would be coming. That was way you got rid of the downer when you brought topics like this up; there was nobody to shoot down the idea, and by the time said grouch got back and even considered saying no, the family already had their hearts set on the fun thing. Most things involving Aaron had to be dealt with this way because he was such a loner and didn't like any social functions, which in and of itself was not a bad thing, but it made it really hard for everyone around him to enjoy life because they wanted to do things with him, and he never wanted to do anything.

However, Miranda and Eve lived for such outings. So when Eve opened her mouth to answer, even though Patrick already knew the answer, he still grinned. "Well, I don't see why you even had to ask, but yeah!"

Patrick laughed before sobering quickly and leveling the two girls with the most serious look he could muster. "Now, you two have a mission," Steepling his fingers, the redhead sighed heavily, "Get Aaron to come too."

Eve narrowed her eyes at that, but Patrick was quite sure it wasn't for a bad reason. "You sly putz... You really don't like asking Arron to parties, do you?"

"Eh," Patrick shrugged, "What can I say? He's depressing... and I don't think he likes me. Whether I'm old enough to be his dad or not, he is an adult now and I've got to respect when he says "no". However you two have leverage since one of you is related and the other one is dating him."

That elicited and snort of amusement from Eve and the young woman shook her head at him before standing up from the couch, adjusting the red and black sweater she wore as she did. "Yeah, though the dating thing doesn't have as much weight to it as one would think. That's the problem when you start out as friends and take six years to work your way up." She sent him a sharp grin that let the Irishman know she had everything covered despite what she said. "But I guess there's no harm in trying."

The man nodded in agreement and was about to ask the two girls what cookies they preferred when the telltale sound of a car engine pulling up cut him off. "Is that Aaron?"

"Yeah," Eve shrugged half-heartedly, "Guess Wal*Mart wasn't too busy today... which is weird in and of itself, but whatever."

"I should get going then."

"Bye," Eve waved him away as she headed for the kitchen and Patrick gave Miranda's hair another good-natured ruffle before opening the door and letting himself out. The redhead ran into Aaron when he got not even ten paces away from the house and gave the dark haired male a quick smile and soft "Hey," before he was hopping in his car and driving back home, leaving the rest of the inviting -ei, convincing- to Eve and Miranda.
Show hidden low quality content