SEEKING ROLEPLAY GROUP SEEKING PARTNER A character I use often. Like him? Lets chat about stories. 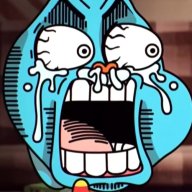 Online Availability
on most of the day

Appearance: Stands at 5'6, a size he got from his mother's side (obviously), stark black hair, full facial hair that he inherited from his father, stocky build, white skin with a tan, a hazel eyes, and a smooth, wide face. He has a scar on his left eye that stretches from the tip of his eyebrow to his mouth.

Notable features: The scar, black runes that tattoo his arms and legs, one eye is lighter than the other (on the scar side) but he suffers none from it

History: Nikko was born from a somewhat heretic affair between a human and a dwarf. Race mixing was never seen in full support in the lands of the Woshadi, but considering his father was a well known miner and his mother was a medicine woman, he was seen as a black sheep but not an outcast. Wanting to prove himself as more than just the offspring unheard of, he took up both his parent's professions at an early age, mostly his mothers, and learned more than any other about healing medicines, transmutation potions, and herbology in general. His works were sold off as extra income which caught the attention of the Headmaster of the Sky Haven. Receiving his Invitation to Sky haven, he soon found himself in the apprenticeship of the schools alchemist, but he would often sneak off to the gardens to learn more about plants and such. All of this lead to him figuring out not only which plants were able to be used as medicine, but which ones could be consumed either by smoking or orally as a paste to relax and sometimes induce hallucinations. Soon after, he was offered the job of Head Alchemist at the school, and became known as one of the more easygoing teachers, which garnered some hatred from some of the more uptight teachers but the utmost respect from the easygoing students.