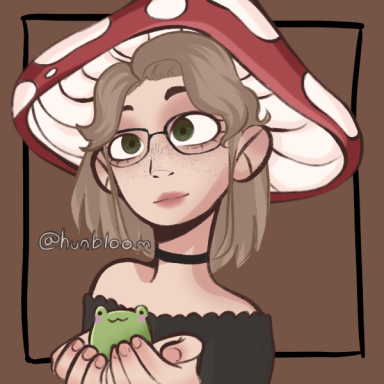 For "The Circle" Group Roleplay​
Poppins

PERSONALITY: Cassy is a rather flirty individual despite her sexual orientation. She's all tease and no please of course. That being said Cassy finds it very fun to tease those close to her by putting them in very awkward flirty situations. It's all in good fun of course, she just likes to see people squirm. Though don't let that drive you off from her she loves to make friends and tends to be a bit of a pushover and will literally give you all of her money if you need it more. But Cas is also very smart, she is studying to be a lawyer after all, she just dumbs down to make people feel better. Then again because of her smarts she has a very cocky, confident aura about her. Especially because of her Hybrid type. Cas is tough as nails and can take a punch like a man thanks to her werewolf side. Though this doesn't mean she's a tomboy, no Casandra is rather girly and loves to shop using her work money.

That’s not there all there is to Cassy. She happens to be a little socially awkward around strangers, not really knowing what to do with herself. Due to this she has a habit of flirting with random people as that’s what she does to her friends and they seem to like her. This has given her a record around the city for “stealing” people’s boyfriend. Despite that Cassandra is a bright individual with a lot of life to her, it’s rare that a smile or playful smirk is not seen on this woman’s face.

HISTORY: Born and raised in Black City, Washington Cassandra is the oldest of 5 children and heir to the Polaris company. From birth Cassy hasn’t had it the easiest having been raised by the maids. They gave her the basic needs and left Cas to be with herself as they went about their daily do’s. But as she grew Cassandra learned to love her solitude instead fearing it like she first did. Though the older she got the lonelier she got. Her parents, being as strict as they were, didn’t let her go to school with others. Instead they homeschooled her, thinking they were doing what was best for her life.

Then came the birth of her first sibling at the age of 5, her little sister Margaret. Just like with Cassandra and every sibling, they were left to the maids. Cassy, however, didn’t like that and got into a “talk” with her parents about not taking care of Margaret or her. The “talk” went about as well as you’d think, Cassy was grounded and forbidden from seeing anyone, outside the help, for 3 months. In that time Cas learned a lot about herself and as soon as she was allowed to see her little sister, Cassandra started taking care of the then 4 month old Margaret, as she would do with all her siblings.

The years piled on, all seeming the same. By 15 Cassy discovered something off about her. Her sight was far better than anything she ever thought possible. Her senses were stronger, on par with werewolves, and she was stronger than most butlers the family had. So, Cassandra started digging into her family history. Seeing as both her mother and father were Magi it made Cas wonder why she has qualities similar to a werewolf.

By 18 Cas found out the truth. Her mother or who she thought was her mother wasn’t. Cassandra’s mother was a werewolf, an unknown woman that no matter how hard she looked, Cas couldn’t find anything else out about her birth mother. But the night Cassy went to confront her father and hopefully gain more information she was attacked. That night haunts Cas to this day and 9 months later, after the attack, Cas gave birth to a little girl. The pregnancy had been hard but giving away the baby was even harder. Because of this Cas’ confidence and love for life left her. She became a husk of her former self.

At 20 Cas started working at a high profile club “dancing.” It was after this that she started loving herself again. The process was slow but by her 25th birthday she was as confident as could be and loving her life.

Theme Song: Ur So F**king Cool - Tones and I

The Coven of the Arcana


Disappearance of the Arcana​
---