A School Life set in a Martial Arts school inside a Science Fantasy Multiverse setting!
​
Located in the suburban area west of the (new) Tokyo the 7th Tokyo Shinmeiryuu School is a small school of the Shinmeiryuu martial arts, a powerful martial arts whose best of the best can compete for space amongst the top fighters of the Inter-Dimensional Space.
What would usually be a ordinary Shinmeiryuu school is plagued by one hard to get rid of problem which was not solved with the construction of a new dorm. This problem are the several dozens of Otaku students of various kinds that now occupy the old dorm of the school and not only drag tournament results of the school but also are impossible to remove as regular at least several of them are children of influential or rich people, as well as the support of the school's vice-president, who is called only "Vice-President" and the eternal repeater studet known only as "Second" to the other students.
Now are you one of the Otaku of the old dorm? A normal student of the new dorm? Or someone in between struggling between being normal or Otaku?

Key Terms:
Shinmeiryuu - A swordsmanship-based martial art created primary for exorcising demons but in the IDS improved to be more multipurpose. A reference to three Manga(s) of a certain author.

Inter-Dimensional Space (short: IDS) - The Multiverse created out of a infinity of Universes called Dimensionally Unique Possibilities or just Dimensions for short. The basic of all IDS is Magic but technology is also an important part of the IDS, as many Dimensions have complex, hard-to-use or chance-dependent ways of using magic that are unpractical.

7th Tokyo Shinmeiryuu School - The seventh school of Shinmeiryuu opened in (new) Tokyo, located on the end of the north slope of a hill north from Fuji in the western Tokyo suburbs. It would be a normal school but a unnaturally large amount of Otaku arrives in it each year and inhabits the old dorm building which became a Otaku fortress when the new dorm building was finished.

What will your characters will be able to do in this RP:
Martial Arts naturally.
Otaku stuff naturally.
Romance naturally.
Comedy naturally.
Weird and sometimes ethically doubtful things, maybe?
And many other things! 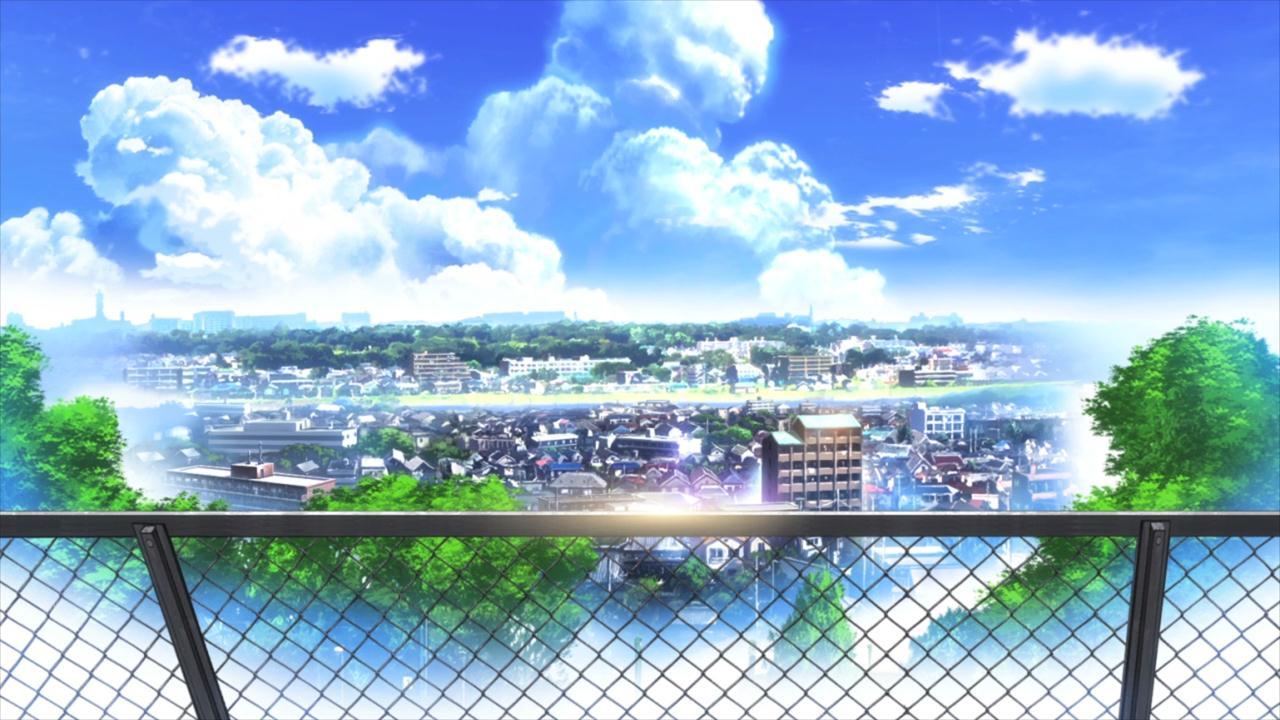 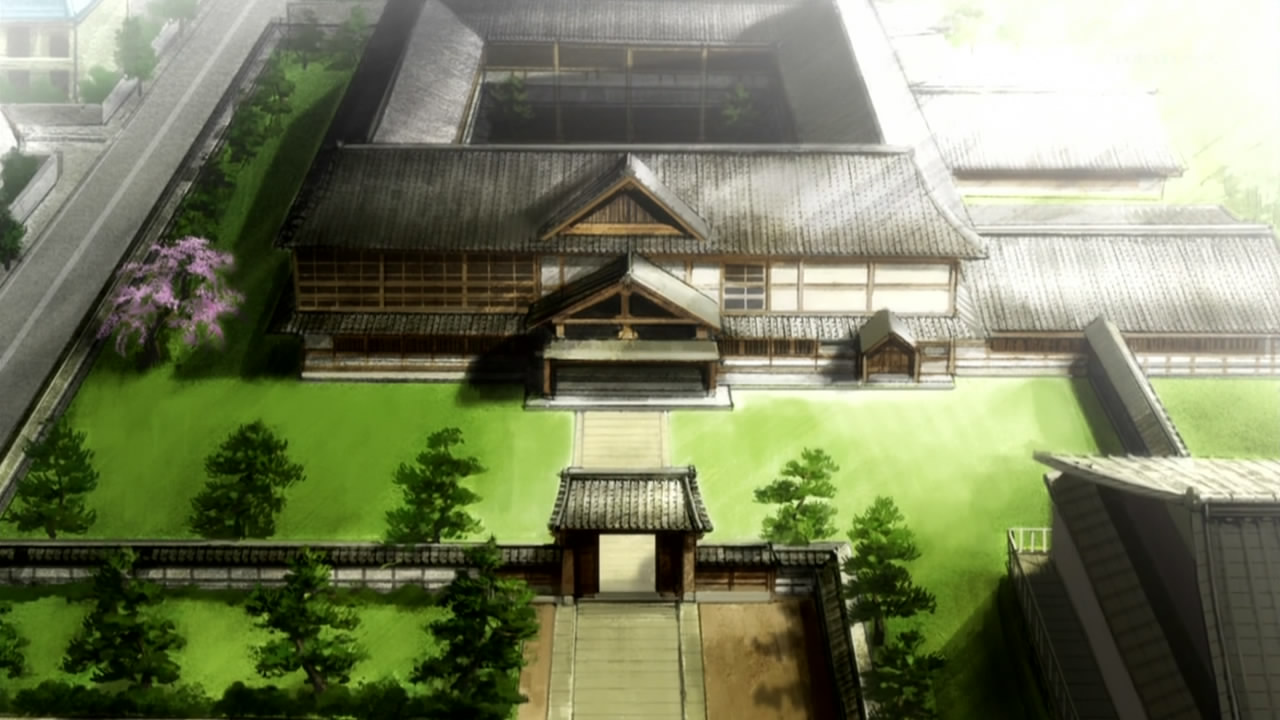 The Old Dorm is a two story building in the traditional Japanese style. This picture is before the new dorm was build while the grounds around it were still taken care of regularly and with the Dojo (training hall) still next to it.
​
Questions, comments and I will be joining posts are all welcomed!!!​
N

Nice to see interest. I guess I should slowly start to build the stuff that I am going to need for the OOC.

So, seeing as how you have Shinmeiryuu, do you also have plain ol' magic and weirdass races? Or are we only going to be humans?

ERode said:
So, seeing as how you have Shinmeiryuu, do you also have plain ol' magic and weirdass races? Or are we only going to be humans?
Click to expand...

Well since we are on Earth most of the characters are going to be humans (and primary Japanese, considering the low prestige value of the 7th Tokyo Shinmeiryuu School means that most students are locals) trough I might allow a few non-humans as well.
As for magic well naturally it will around, but most mages will probably be NPCs as it is after all focused on a martial arts school in which most students are ether looking to become professional Shinmeiryuu swordsman because of not being talented at anything else or actually wanting to becoming one; or have been sent there by their patents to learn about discipline and hard work on the harder way.
Also nice to see you again ERode. I see that you are reading a certain manga that I follow as well.

As for another info I will probably start, and hopefully finish, work on an OOC tomorrow. Keep an eye on this thread as I will post when I open the OOC as well as a link to it.

Has Shinmeiryuu, outside of developing more magical versatility, also gotten to the point where they've incorporated other weapons into their martial arts though? Like, say, nunchuks or axes? Or is it still purely swords with some weaponless shenanigans?

I would enjoy this. I would be in. Consider me highly interested

ERode said:
Has Shinmeiryuu, outside of developing more magical versatility, also gotten to the point where they've incorporated other weapons into their martial arts though? Like, say, nunchuks or axes? Or is it still purely swords with some weaponless shenanigans?
Click to expand...

Shinmeiryuu stayed a katana-based martial arts, but has abandoned the use of cavalry katanas in favor of shorter blades (at least in most cases. Cavalry katanas are still used when fighting larger demons and creatures). There are smaller branches or sub-styles of Shinmeiryuu that focus on other close combat weapons (or no weapons at all) except the katana. More advanced skills and techniques has been developed as well as training specializations for combating certain types of foes, trough the most powerful Shinmeiryuu fighters are powerful and experienced enough to be able to fight most foes with equal efficiency.
Shinmeiryuu is one of the four corners of Japan's Non-Military Self-Defense Alliance, with the other three being the Japanese Magic Union (JAMU) which provides various types of powerful mages, the Japanese Shinto Shrines & Buddhist Temples Association (JASS&BUTA) which provides the divine powers of shrine maidens. priestess and priests and finally the Japanese Adventurer's Guild (JAG) which gathers various kinds of profession and people as well as those which have powers unexplainable by magic or racial abilities and know as Freaks. Members of Japan's Non-Military Self-Defense Alliance commonly form teams to tackle harder tasks.
Anyways thanks to this Alliance most katanas of the Shinmeiryuu are forged by top smiths of the JAG, made out of cutting-grade materials blessed by priests and enchanted by mages while remaining affordable to pretty much any non-studnet member of the Shinmeiryuu. Furthermore many such katanas are also additionally enchanted and blessed making then into truly fearful weapons, able to banish lower rank demons in a single, slice holes in less-armored ships and be used to guard almost any attack. Also many Shinmeiryuu combine this with various useful gadgets, high-grade equipment, talismans and rune scripts.
But not like we will be RPing actual Shinmeiryuu fighters but rather students of which some want to become one.

Anyways tomorrow I will be making a OOC!
N

"Some" want to become one.
So true, so so true.

You should probably define what you mean by 'lower rank demons', 'less armored ships' and 'almost any attack' in the OOC, unless we aren't even going to get those fancy swords the first place.

Do other countries have similar shenanigans?
N

ERode said:
Do other countries have similar shenanigans?
Click to expand...

Well considering they're all part of the ED (With the notable exception of Iceland) yeah, but to a lesser extent, as most countries obviously don't have the number of otakus Japan has.
Last edited by a moderator: Dec 21, 2015

OOC is up!!!
The Blank Character Sheet can be found in the Cast list tab.

I saw man, working on the CS now.

Nocturnia said:
I saw man, working on the CS now.
Click to expand...

Okay. Added a section for equipment to the CS so add it to your WIP CS.
K

I was literally the only person who made a CS, so yeah, it should still be open unless the GM gave up on it.

Well if people actually start showing up, I don't see a reason no to try to give it a kick in the back and try to get it to IC level.
Show hidden low quality content