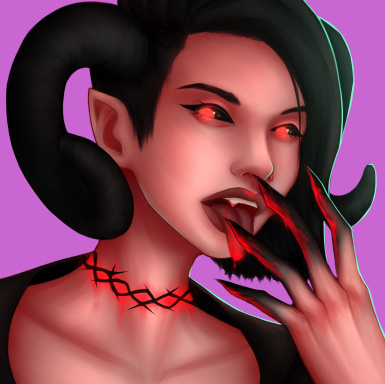 Vocabulary Challenge Brought to you by: October Knight and Fluffy; Partners in Crime​
[bg=#006633]This challenge is to help strengthen your vocabulary. You'll learn new words and how to use them in roleplay posts, stories, poems, etc! Instructions: 1. Aim for a minimum of 1-3 paragraphs. If you'd like to write more than that, then go for it! 2. Make sure you use each word in your post. Be as creative as you'd like. 3. Style the writing like you would for a story. It can be describing a setting, or written from the perspective of a character. Whatever you feel would work the best. 4. Have fun with this, of course! The Words:
[/bg]
E

With nothing to do on a Sunday afternoon, Elizabeth chose to take a walk into the garden. Maybe there she'd find something that could keep her occupied until she was relaxed enough to hit the bed and call it a night. She lifted her purse from the ground with a ginglynoid movement of the elbow and dropped it simply over her shoulder. A hat was plopped on her head with a flick of the wrist and she headed for the door.


A light breeze blew, lifting her hair and causing a knismesis against her neck and cheek as she arrived at the garden. Petrichor overtakes Elizabeth's senses as she walks through the garden. On the sidewalks it had been harder to notice due to the smells of the city. Here, though, the calming scent was clear to her nose and it was so strong that stress slowly melted from the tight muscles in her shoulders.


As Elizabeth found her way to a bench, a grin reached her lips. Slightly off to the left she noticed a little nelipot prance through the grass. The woman watched as the girl got her feet muddy from the recent rain. Still, the girl enjoyed her play and Elizabeth remembered herself as a child, then. It was like the little girl was a doppelganger of herself. She missed those days of carefree whims and immediate gratifications.


A sigh escaped her throat as Elizabeth lost her smile and looked to her hands instead of the little girl at play. Those days were long gone for her now. Perhaps, in the future, they would come back. Thanks to the little girl in the garden, Elizabeth had an epiphany and set a goal for herself that would shape her distant future in ways she would once have imagined highly unlikely.

He'd slept well as the rain had fallen all night providing a steady rhythmic beat on the roof over his cabin. stretching as he felt the rumbling of hunger calling him to arise, he swung his legs over the side of the bed and scratched his back a bit before rising and walking barefoot into the bathroom. he'd opted for minimalist living, if not the extreme version a few years ago, and it lent itself well to his nelipot tendencies. Grinning as he wiggled his toes, he brushed his teeth and then grabbed a quick breakfast.

Stepping out onto the porch he drew in a deep breath very much enjoying the petrichor the storm had left behind as a gift. He moved off the porch and enjoyed the feel of the wet grass between his toes as he made his way to the ginglyform bench he'd made of metal a few years back for sitting and enjoying the view of the lake and the mountains beyond it. Sitting down with a cup of hot coffee in his hand he let his toes skim over the surface of the water. The knismesis of the water on the bottom of his feet brought a smile to his lips and the those of his reflected doppelganger on the smooth surface of the water.