[bg=#006633]This challenge is to help strengthen your vocabulary. You'll learn new words and how to use them in roleplay posts, stories, poems, etc!

John had been studying in the library, his text on quantum mechanics befogging his social scientist mind, when he suddenly got the urge to go to the bathroom. Ever since he had started going to the University, he had never packed a lunch, meaning he had become quite friendly with the cafeteria's lunch menu. Over the years he had refined his palate based on that menu, and he could tell which cook was working each day based simply on how the food was prepared. That had earned him the nickname of 'epicure', and while slightly mocking him, it was never meant to completely degrade him. Unfortunately for John, his familiarity with the lunch menu also meant that he got the occasional Tuesday Taco Shits and had to spend a half hour on the can. It was something that he started to plan around, and it was also the cause of his greatest accomplishment.

He first came up with the idea of the 'Annals of the Seventh Floor Men's Bathroom Stall' on a particularly ferocious Tuesday, when he had forgotten to check the stall for toilet paper. In an act of desperation, he logged on to Twitter from his phone, and tweeted his predicament to his peers at the University. Within minutes the door burst open, a voice calling out, "BallerUnicorn, you in here man? I got your tweet." Someone had come to his rescue! He had to document this momentous occasion on the wall of the stall, and he started scratching his now infamous words on the door of the stall, "Weary Student, let me serve as the antecedent in your journey here. If you shall let me, I will macadamize the way for you, not with tar or asphalt, but with nuggets of wisdom." That was just the beginning. The next week the toilet wouldn't flush, and the week after the seat had gone missing. Each of these incidents made it on to the stall, as well as his solutions. And before he knew it, people had started responding to him, asking him for advice, letting him know that his misfortunes in the bathroom had served as a beacon of hope for future generations of bathroom goers. 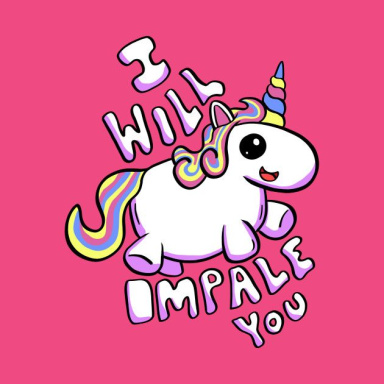 Cobblestone crunched beneath Samo's feet as he raced down the path towards the palace entrance The other roads in the village had yet to receive the same new treatment, and the macadamized path bit into his sore, tired feet. In his hand, he clutched a small leather sack and within the sack, the most important item in the whole of the kingdom rested.

He wasn't even a servant, really. Samo had spent the last nine years of his life in the archives of the palace, cataloging historical annals and organizing the treasure scrolls. He supposed it was a simple case of being in the wrong place at the wrong time, but when the King ordered that he should go to Alusia, he make no attempts to argue with his antecedent, nor did he allow the sudden and inexplicable task to befog his mind. He set out, immediately... to uncertain ends.

And finally, he had returned. Making his way up the steps, he nodded the guards on either side and while he was sure he imagined it, for a moment he thought he saw a spark of pride behind their fixed gazes. Into the palace, his feet met marble tile and slapping along, he raced towards the Great Hall. There, inside, was the practice procession. The doors flung open, he skidded to a halt and with a garbled, disjointed squelch, the musicians stopped their music. From the Dais, the king rose, slowly, his stately figure hunched in anxiety as he rested his hands upon his wide set waist.

"Did you find them?" He asked, and the hush in the room was nearly palpable as the crowd awaited the answer.

Holding out the bag, Samo nodded, his lip curved in a smile. Racing down from his place on the dais, the king came to the archivist and pausing before him, bowed his head, then reaching, took the bag, pulling it open with a deep breath of relief.

As the bag opened, the hall was filled with the warm, nutty scent that had haunted Samo the entire journey back and frowning, his stomach churned with hunger. Chestnuts. The epicureal Princess Anastasia wanted chestnuts - not just chestnuts... but the large, deep brown chestnuts of the Alusian Islands, and for the sanctity of the kingdom... to preserve Prince Yorick's betrothal, and possibly the safety of Vanmar itself, Samo had traveled hundreds of miles by foot to find them.

The quaint garden that surrounded the library was once a stunning pattern of colorful tiles and bricks, but many years of ill care and harsh weather had created a hazardous uneven walkway that had to be closed off. Rather than recreate the former splendor of its antecedent, the city had opted for a less expensive macadamized pathway and more landscaping to fill the garden.

Digging up the old tiles and bricks, Mason frowned at the waste and lack of commitment to the history of the city their newly elected city officials were showing. He'd checked the city annals and this garden had been originally built in the early 1700's. What a horrible testament to their ancestors that their pride was now being tossed aside like so much hog slop. He worked all through the morning growing more and more befogged in min and spirit as he continued the senseless destruction.

His only bright moment of the day came at noon when he was able to partake of the epicurean delights in his lunch box. He was a skilled stone worker, but his secondary passion was food, and his lunch showed that fact to it fullest. Perfectly seared beef sliced thin and lain crosswise alone home made rye bread with a spicy mayonnaise of his own creation and swiss cheese grated atop the beef. He added lettuce, tomato and onion from a separate container and opened the bowl with the cheesy risotto and smiled. It would be the only smile on this day, but it would be enough to keep him going until he finished.
Show hidden low quality content
You must log in or register to reply here.
Share:
Reddit Pinterest Tumblr WhatsApp Email Share Link
Top Bottom