Vocabulary Challenge
Brought to you by: October Knight and Fluffy; Partners in Crime​
​

To first get this beginning straight, and for those who may not even wish to read on any more once I even go through the first two paragraphs, perhaps from rage, fear, or blindness, or whatever the cause may be, I start here.
From the beginning of time, the stars and the suns have been scattered through-out the universe, leaving us to believe there were only a couple stars and one sun and a few planets. But our beliefs and our views changed. Whether it was by accident, or by purpose, we all got the rage of the stars soon enough.


When everything in the universe first aligned, it was...exciting. Fatalism soon came in though, only scaring the People out of their dreams. At first, everyone was excited to see what the world had in for us, but soon? Soon it only caused destruction and abominations. Yes, I truly mean abominations. The moons of the universe all converged into one great ball of horrific tales. The tides of the oceans became furious, gravitational pull became so powerful, birds were unable to fly anymore. Mating season came way before its time leaving animals to mate with different species. The eggs were deformed and the new babies were demons. Not knowing how to function properly and causing destruction anywhere they went. But we could do nothing about these abominations; they were envenomed. We were unable to move and think properly.
The few of us who could, we were extricated from our home planet, to live in space. I was one of them. These space people, these astronauts. It was frightening to watch our planet be blazed in the flames of the roaring fire that the universe was putting us in. I could only sit, though and listen to the screams coming from our home planet. The screams of our people, the yells of the children, the cries of the babies, the mourns of the terrified animals. Tears often flowed down my cheeks as I listened. I never could understand... How did I end up here? How was I one of these few? A person like me... These people were...normal. Born normal. Yet, here I am, a paralytic that only survived by chance.

I'll back up a bit.
When the world was changing, I instantly knew, but I did nothing about it. I simply spent the days resting in bed, having my little Opal next to me, her fur-entailed body curled up next to my face. But soon, her fur-entailed body left my side, as the effects of the universe also affected her, my poor Opal. As the days went, I felt alone, certain I would die. I never ate and never drank, I neglected all self needs, only to use the restroom when I had to, and even that I was lazy on at times. Soon, I was forced to move out of my house, as the ground began to shake and tremble from underneath. I was led to the Center Dome of which lied in the middle of the city. Many of us were gathered there, but not all of us. We were too large of a group to try to fit all in one space. I and what I had left, which was only one pair of clothes and my wheelchair, were placed at the top left corner of the dome. I instantly cleared my mind of everything and went into a slumber that lasted for a period of two solid weeks.

When my brain had woken me up, the dome was almost rubble. The place was empty, except for the rummage of dead bodes. Somehow, whatever had happened, had not hit me while I was asleep. Chance? I sure well didn't know and I still do not know. Soon, a man witnessed me. He came up to me, placed a hand on my shoulder and gently picked me up. I did nothing to protest, I only let my body sink into his arms and to gently fall back into sleep.

When I had waken again, I was on this ship that I am on now. I thank the man who brought me here, but for whatever reasons he did, I cannot say. Civility runs through my mind as for what he did. But never will I be certain until I see him again. My legs may be motionless, but my eyes and my heart stand strong.

Looking out the rocket's window now, I can see the debris flying past the ship from what has been done to our world. A spark has been ignited in my mind. If I am willed to do so, I wish to meet this man again and to perhaps fulfill a destiny that I have been lay down upon. Whether it really is true destiny, or my mind straying too far from home, I think my mind has been made up. Running I can not do, but thoughts and speaking and putting my hands at work is something I have been given. Our tortured world and our killed off friends will only be part of something new, something great, something extraordinary, something....

It will be a new world. 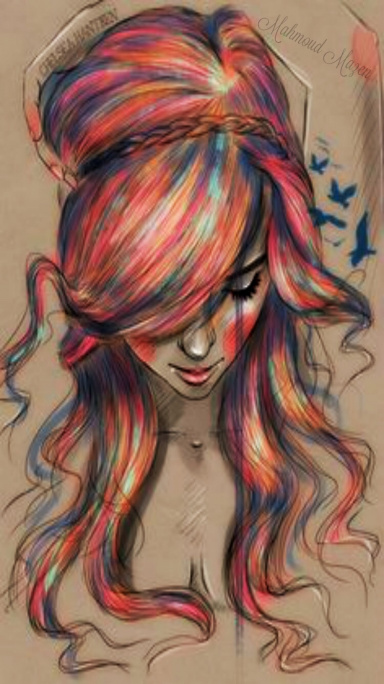 Disappearing for a few days ^_^

He picked up a paper and read the first line from the headline Going to War. He let out a long sigh and set the paper down. Civility was dead and it was due to the extrication and envenomed attitude they’d established over the past three hundred and fifty six years. It didn’t matter that the environment had grown prosperous with new laws and the mentality of the average Joe.


Fatalism had taken hold somewhere along the way and he had no idea who started it all or how it happened. He had to chuckle at that as he looked around at others around him. They had done pretty much the same thing he did, read the headline on the front page and put it down. Most people seemed paralytic to the whole thing and decided it would be better not to think about it and he realized how similar to them he’d turn out to be. The more they did the more helpless and despondent they became.
Show hidden low quality content
You must log in or register to reply here.
Share:
Reddit Pinterest Tumblr WhatsApp Email Share Link
Top Bottom