Original poster
Lila woke up to an irritating beeping noise. Her alarm clock. The weekend had disappeared and now, her again it was time to go back to school. The place where everyone dreaded going to daily. She groaned and then shut her alarm clock off. She ran her fingers through her brown hair, which was by her waist. Appearance wise, she had lightly tanned skin, brown eyes and pretty, pink lips. She pulled her duvet to the side and got out of bed. She went to her closet and picked out her outfit of the day; a grey jumper with a black heart in the middle and a pair of black leggings.

She went and took a shower, then dried herself. She had a towel wrapped around her wet hair. She dried her hair and then pulled on her clothes. She put a pair of pearl stud earrings into her ears, a beanie on top of her hair, boots and her backpack. It was cold outside, as usual. She was used to the cold now, though.

Walking downstairs, she grabbed a granola bar and walked out. Her parents were probably still asleep. 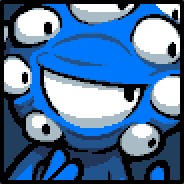 Genres
Fantasy, Scifi, Modern Fantasy... anything with a supernatural twist.

Arthur woke up with a groan, staring at the alarm clock and wondering why exactly it had seemed like a good idea to buy one that was sure to wake him up. Probably shouldn't have stayed up so late the previous night, either, but with his parents gone doing who-knows-what and being in a new neighborhood he'd taken the chance to abuse his freedom, and now he was enjoying the consequences.

He pushed himself off the bed, already in a terrible mood, and grumbled his way to the kitchen. A bowl of chocolate cereal with abundant milk and a glass of juice later the day didn't look so horrible anymore. Unlike him, as he discovered as he looked in the mirror. He looked like he'd spent the night running through brambles, which wasn't too much of a surprise given that he had indeed done that. He quickly hopped into the shower, pulling leftover leaves and branches off his shoulder-length black hair. Lycanthropy had taken care of most other things overnight, mostly scratches from thorns and the like; and all that was left was a thorough scrubbing to get rid of the leftover dirt. A few sore spots on his muscles here and there reminded him that while being a werewolf had some major advantages - built in fitness, incredible stamina, and regeneration to name a few - it still wasn't an excuse to mistreat his body.

A wide grin plastered his face as he jumped out of the shower feeling invigorated and ready for anything. The next step in his morning routine would be rummaging through his wardrobe and finding something to wear - a search that would invariably end up in jeans, a t-shirt and sneakers, regardless of the weather. Most people would manage to get some sort of tan wearing that regularly, but Arthur seemed to be unable to get anything other than a light brown, much to his dismay.

Today the choices were a white T-shirt and blue jeans, and with that simple attire and his trusty backpack he was almost ready to tackle the world. All that was left was to fill up a sandwitch with as much meat as he could fit in it, which he took to eagerly, and a minute later he was off to the streets, heading to his new school. With some luck, it'd be more interesting than the previous one. Or, at least, he'd be able to sneak out without people making as much of a fuss. As far as he was concerned, the best thing that could happen today was nobody realizing he was new... but the chances of that happening were close to nil.
Show hidden low quality content